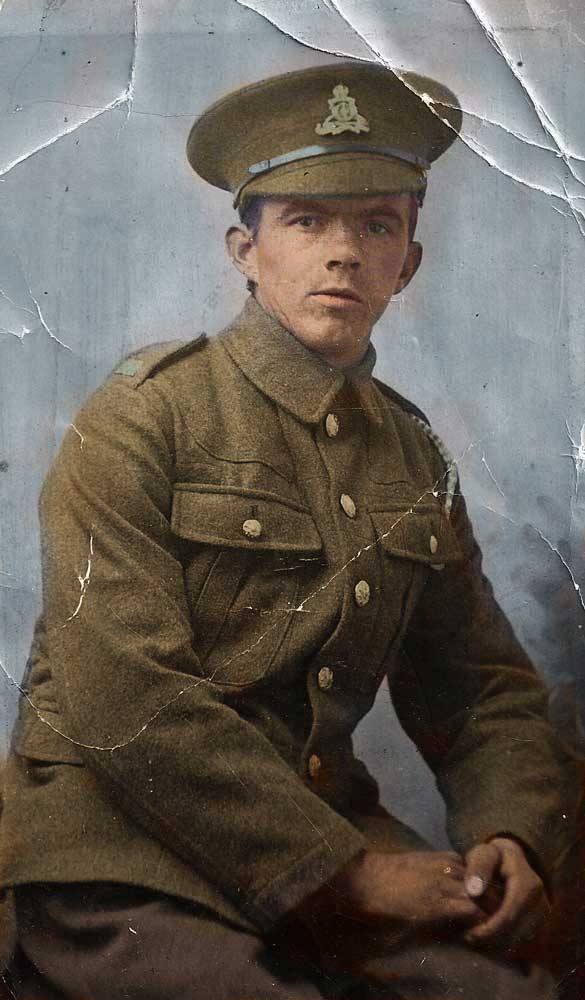 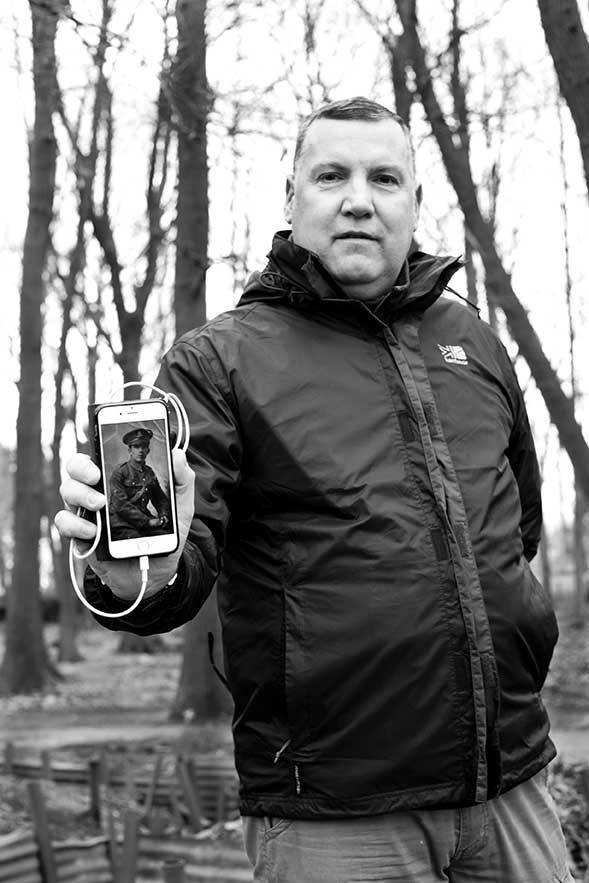 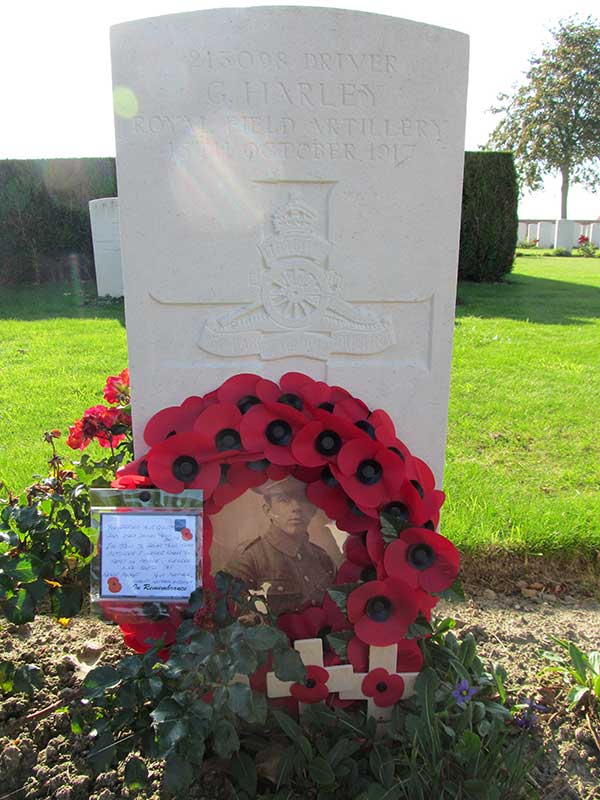 We met Martin Harley at Hill 62, at the Sanctuary Wood Museum in Yper, while Roy was filming us on our bikes. Martin told us he discovered only through a found photo of his grand uncle George in uniform, back in 2010, that he served as a soldier in Yper in the 95th Brigade Royal Field Artillery. After only 4 months the poor chap was killed in action: in October 1917 at the age of only 20 years old. Martin is visiting his grave, which he luckily found soon after his discovery, in his grand uncle's honor every year since.